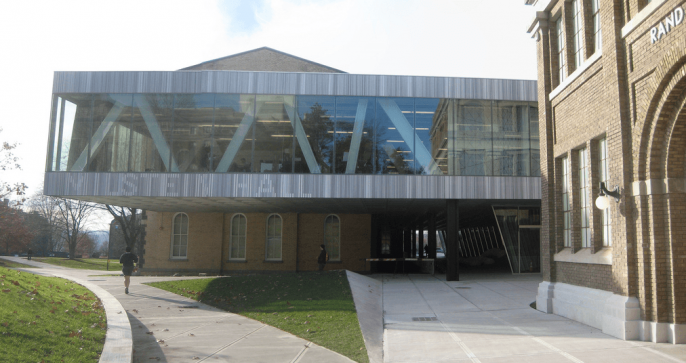 Cornell University's new architecture building designed by Rem Koolhaas' Office of Metropolitan Architecture is a “disaster” says Cornell University architecture professor Jonathan Ochshorn. “The code violations are egregious”, states Ochshorn. In this interview we discuss the conflict between architectural abstraction and the built environment. The architecture school's newest building cost over $55 million dollars, yet it's design doesn't comply with the most current edition of the International Building Code or the Building Code of New York State. Go here to read the detailed analysis by Professor Ochshorn –> Critique of Milstein Hall .

The building has several flagrant code violations [1. revised 10/15/2013 Professor Ochshorn repeats what he said in the interview – Actually, the maximum allowable area is exceeded under current Codes, which would require a fire wall; but the building was found to be compliant under the peculiar 2002 Building Code of NYS, based on a unique provision added by NYS legislators that was subsequently repealed in the 2007 and 2010 Codes. So Milstein Hall was nonconforming (not meeting the standards of current codes), but not noncompliant in this respect. There  were, however, other instances of noncompliance (I mentioned the Fine Arts Library on the 3rd floor of Rand Hall, and the crit room space with only one exit).] The building also leaks. The crit space on the ground floor lacks proper exiting.

Cornell Architecture Professor Jonathan Ochshorn goes into detail about the design flaws of this building on his interview on the Business of Architecture show here. In this interview Ochshorn also points out the flaws with USGBC's LEED rating system.

What say you? Have we taken starchitecture too far? Is OMA to be applauded or upbraided for flaunting practical considerations like the building code and weather-tightness?

This interview is on iTunes. Subscribe above, and be a hero! If you know another architect who would benefit from watching this video, share away using the social share buttons.

How To Win More Projects From Better Clients

Looking for ideas on winning more projects from better clients? Click the button below to access this free course:

Interview Transcript and Members Only Resources: 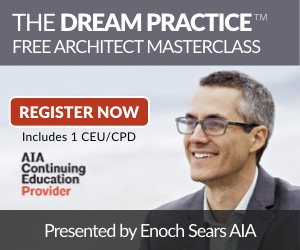